The modest home and functional studio that the painter Rockwell Kent built on Monhegan Island, and which were later owned by the painter James Fitzgerald, have been accepted into the Historic Artists’ Homes and Studios program of the National Trust for Historic Preservation.

Donna Hassler, administrator of the Historic Artists’ Homes and Studios Program of the National Trust for Historic Preservation, announced the inclusion of the Kent-Fitzgerald structures in the national program on Monday. Also receiving recognition were the childhood home of Edward Hopper in Nyack, New York; the Greenwich Village home and studio of sculptor Chaim Gross; and the recently preserved home of conceptual artist David Ireland in San Francisco.

The interior of the Kent-Fitzgerald House on Monhegan. Photo Robert Stahl, courtesy of the Fitzgerald Legacy.
The only other artist studio in Maine in the program is the Winslow Homer studio at Prouts Neck, owned and managed by the Portland Museum of Art, where Homer painted during the last decades of his life.

Inclusion in the program brings prestige to the Kent-Fitzgerald structures and enhances the island’s cultural appeal, said Robert Stahl, executive director of the James Fitzgerald Legacy, which operates the home and studio through the Monhegan Museum of History and Art.

“Just from a prestige point of view, it’s nice recognition of the importance of both Rockwell Kent and James Fitzgerald in the story of American art,” Stahl said from Georgia, where he lives in the winter. “The whole program is based on the idea that these locations are powerful. When you stand in the studio on Monhegan and see where Kent was conceiving some of his great works, and where you see where Fitzgerald painted, it’s a very different experience than going to a museum and seeing a painting on the wall.”

Situated on Horn’s Hill and overlooking the island village, with the harbor island Manana in the distance, the home and studio are modest, shingled structures. Kent built the home in 1906 and the studio in 1910, early in his career and long before he became a world-famous painter, printmaker and illustrator.

Kent came to Monhegan in 1905 and was entranced by the island’s ruggedness and beauty. Fitzgerald, a painter, acquired the studio in 1952 and the house in 1958. Fitzgerald owned the house and studio until he died in 1971, when he gave them to his patrons, Anne and Edgar Hubert. Anne Hubert gave them to the Monhegan Museum in 2003. They are open to the public during the summer.

The home and studio are beautiful structures that blend well with the island environment, but neither is large or fancy.

“The house is in a beautiful setting and is designed so that you look out into that setting from within,” Stahl said. “It’s not a mansion by any stretch. It’s a very modest, small house that Kent started when he was 23 years old. He was not at the peak of his career or financially able to build something bigger. He built it so he could spend his first winter on Monhegan and go fishing with the lobstermen and be part of the year-round community.”

Fitzgerald also lived on the island year-round. In addition to his studio being named a nationally significant site, Fitzgerald is receiving renewed attention for his work. The Fitzgerald Trust recently published a comprehensive catalog of his work, “James Fitzgerald: The Drawings and Sketches.”

The Historic Artists’ Homes and Studios program includes more than 30 artist sites that are open to the public. They include the home of Thomas Cole in Catskill, New York; the Andrew Wyeth studio in Chadds Ford, Pennsylvania; the Georgia O’Keeffe Home and Studio in Abiquiu, New Mexico; and the Pollock-Krasner House and Study Center in East Hampton, New York.

Bob Keyes can be contacted at 791-6457 or at: bkeyes@pressherald.com 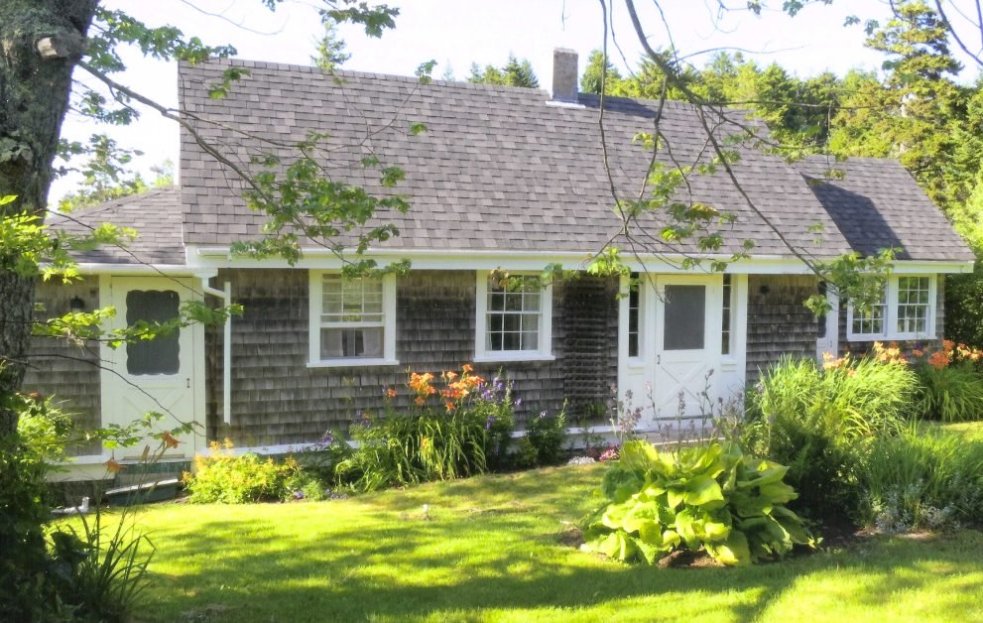 Rockwell Kent began building his Monhegan Island house when he was 23. It was later owned by James Fitzgerald. Courtesy of The Fitzgerald Legacy
Back to News